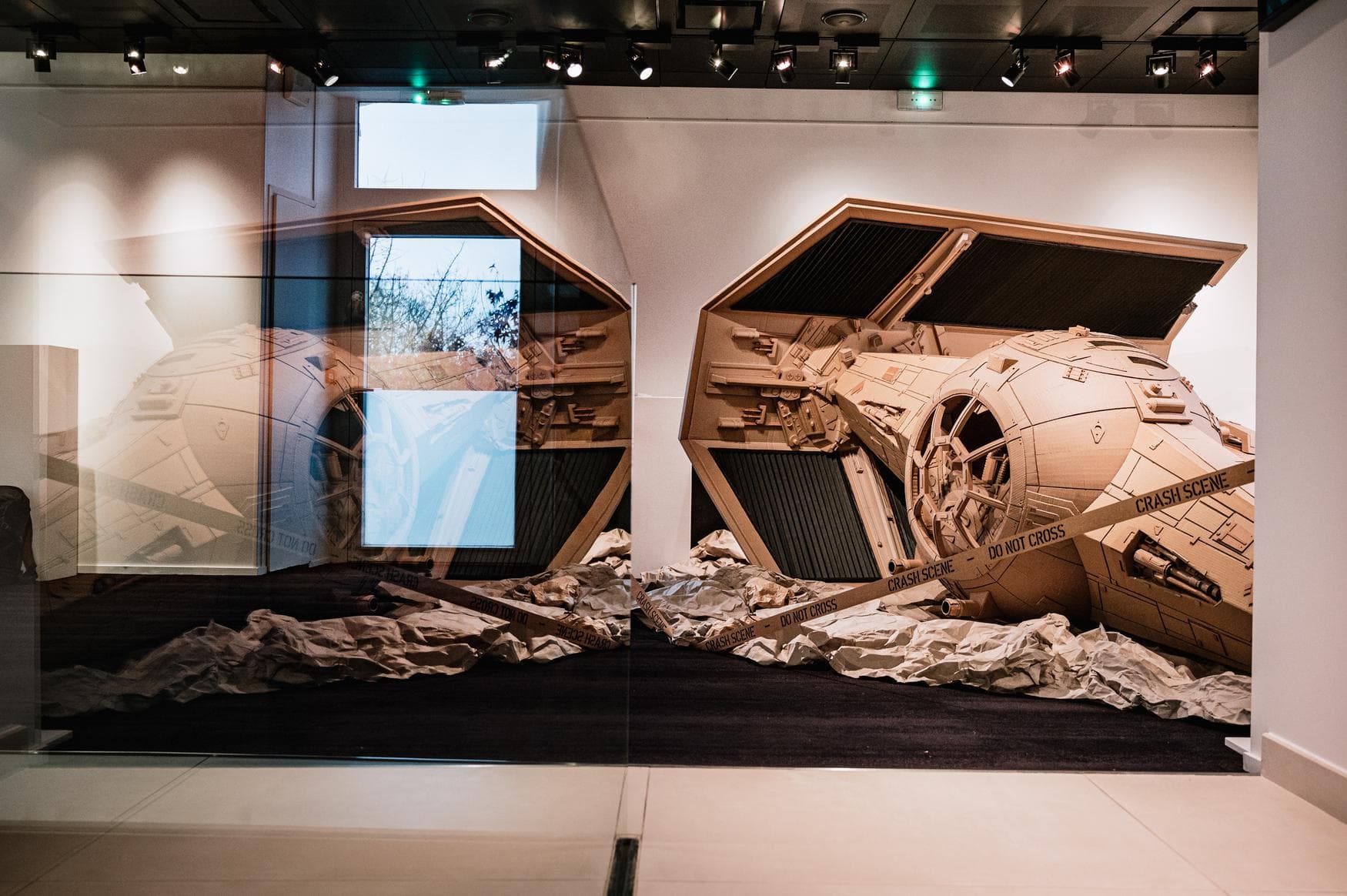 At the Decauville Intergalactic Fair

Last operations went on according to the plan: BODOC built the shipping boxes - wooden batten frames, protective plastic sheeting, cardboard reinforcements - specially adjusted using his own hands. Meanwhile, the Intergalactic Fair team offered their help and handled the primary transport up to the supercargo chartered in emergency. Our artist adjusted the boxes dimensions, everything was supposed to fit to the millimeter!

The day before the transfer, a few days from the opening of the Fair, silence fell on the Workshop, now bathed into the night. In the middle of such an ambient, altogether heavy and mild, BODOC plunged into a strange sleep that brought him to the location of the exhibition.

The shouting of a Tusken was heard from afar, repeatedly as a pattern. The wide walls surrounding the place and the large tiles covering the ground were emitting a blind shade that contrasted with the blackness radiating from the opened boxes. An impression reinforced by the dark tapestry that ornated the floor of the room upstairs, where the spaceship was to be taken. Two sets of stairs were leading there. Our outlaw sculptor knew that the wing, due to its dimensions, was by far the most sensitive element in this operation.

Helped by a teammate having an uncertain silhouette, they started the conveying of the large-scale piece. A first stair, then the following, the sound of their footsteps runned up ahead of them. BODOC, at the front, had just entered the intermediate landing when he felt a gloomy thrill through him that went on to the upper floor.

An arm gloved in black went down:

Our sculptor lost his composure, his hands opened and the wing disintegrated into multiple pieces. 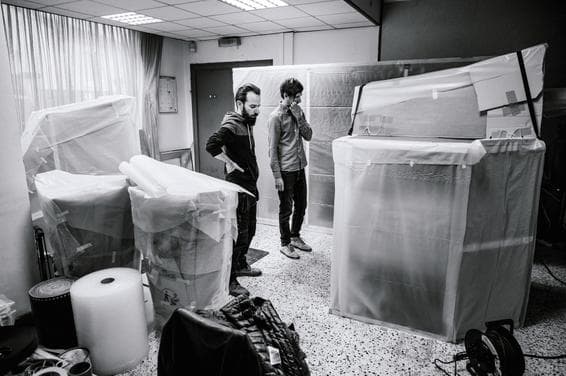 In the clarity filled by shadows of the Workshop, BODOC shuddered. The winter sun wasn’t up yet the light was slowly growing in intensity without revealing any color, shadows were still large. A great silence was suspended in the air, despite the presence of the whole team. Not a word, not a sound, not even a breath. More than ever, the artist’s binocles shone like twin eclipses. He stood up and went around the Workshop, passing by the boxes. There, a sheet of paper whirled soundlessly, sketched over it the loading plan he worked on.

The shouting of a Tusken was heard from afar. Then another. A growing quivering appeared, the paper that coated the solar panels of the wings started droning. Then rapidly everything was shaking, sounds got louder - however undramatically as the coming of the primary ship was expected. As if taken out of a tedious sleep, the stormtroopers team awakened in a stretch… It was about to start!

A minute up to the multiversal time, the Decauville team had an impressive timeliness. The Admiral crossed the doors of the Workshop, which took back its colors. Following a vigorous greeting, the Admiral said: “My apologies, everything was going smoothly on the hyperdrive way, however this is Jawa market day and we almost got late!”. And on with a masked laughter: “So, what’s the first piece?”.

On the next moment a hurricane burst - this is in the essence of La Bande. In no time parts of the spaceship were loaded, under BODOC’s orchestra-like direction and the close supervision of the Decauville team. At a near distance, a pair of galactical smugglers, old friends of our artist, ensured the smooth running of these operations. Better put all chances on the right side of the Force! The ship took off and rapidly went away to get to the supercargo in time. 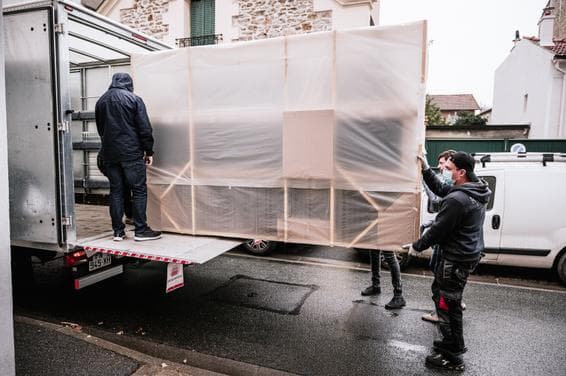 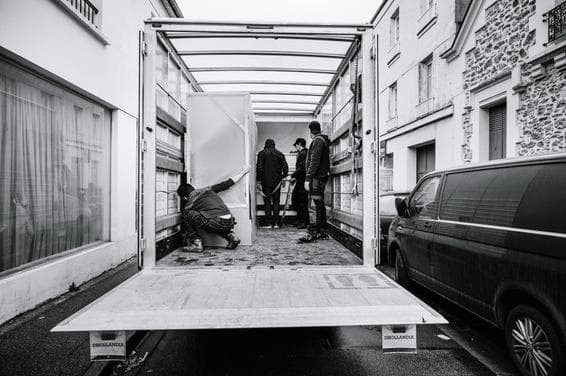 In the buzzing hovercraft, BODOC was immersed in his thoughts until he could sight the towers announcing l’Espace Decauville. He still had images of his strange dream, it was like he could feel the hoarse breath of Vader sweeping over his neck. He made a decision: he was going to start straight with the wing.

After a pause at a local cantina, he entered the two-levels exhibition building. He tried to grasp something in the air, an omen, a sign, a confirmation. Upstairs, a beautiful light was flooding the place. The material was like waiting in awe beside him. No shadow up there, yet this hoarse breath… 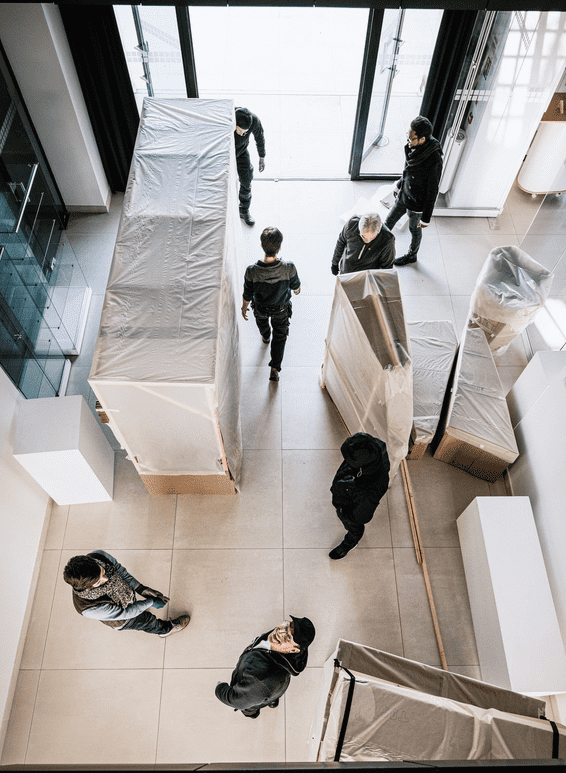 Time had come. BODOC silently called one of his teammates to come. After a short glance at each other’s eyes, they took the wing out of its housing and carried it up to the staircase. Each step got more wavering than the preceding, they finally got to the threshold. A first stair, then the following, the sound of their footsteps runned up ahead of them. BODOC, at the front, had just entered the intermediate landing when he felt a gloomy thrill through him that went on to the upper floor.

An arm gloved in black passed by:

Our sculptor looked surprised: he had really been about to let it slip; yet one of the smugglers, a smile in the eye, caught the wing up at the last moment. It was brought upstairs, finally! 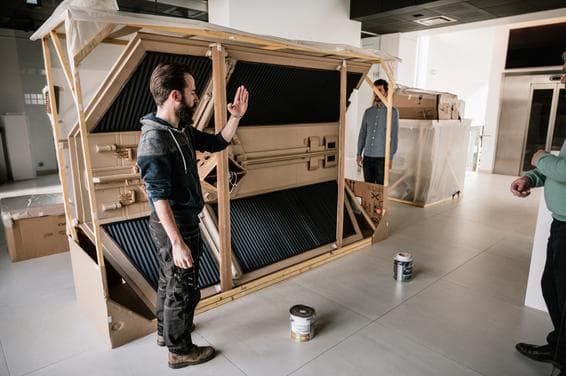 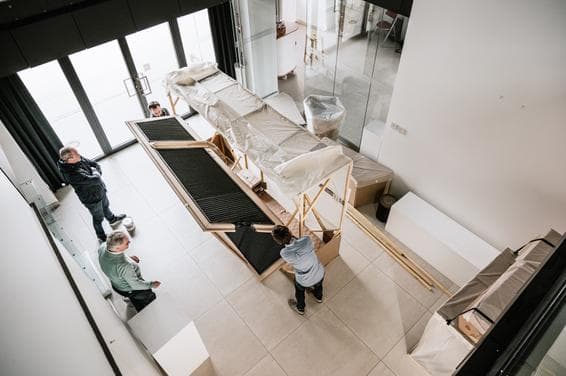 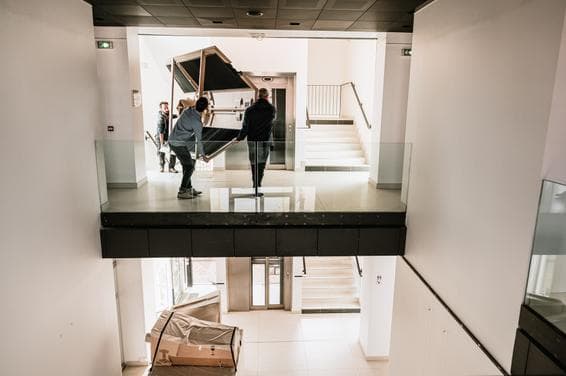 The other parts were carried one by one and all the Bande was part of this effort, under the lens of the media teams. The reconstitution wasn’t an easy task but went smoothly; our sculptor let the dark side of the Force guide him, in order to follow the mounting tracks he once went though, with very few detours. 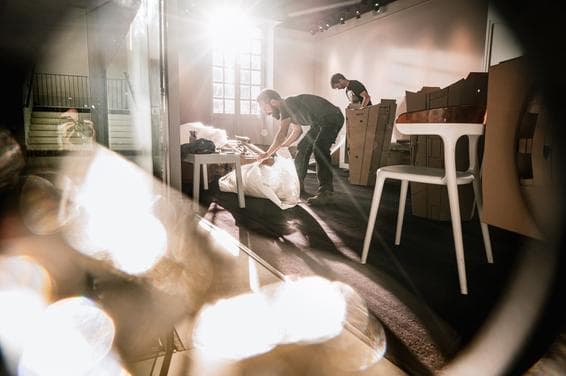 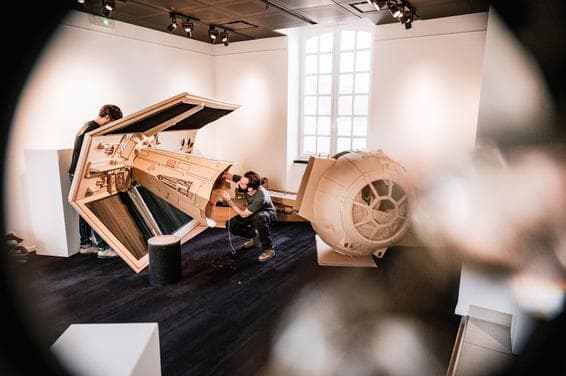 Some days after, the Decauville Intergalactic Fair opened. At last! Visitors from many galaxies immediately flowed into the exhibition, stopping by the many pieces that were presented, discovering among them Darth Vader’s TIE Fighter, immersed in a set that was specially designed in situ. The crash scene kraft tape preventing unwanted intrusions were not a mere addition, as numerous curious folks were caught by a fever-like urge to sit on the Dark Lord’s seat. 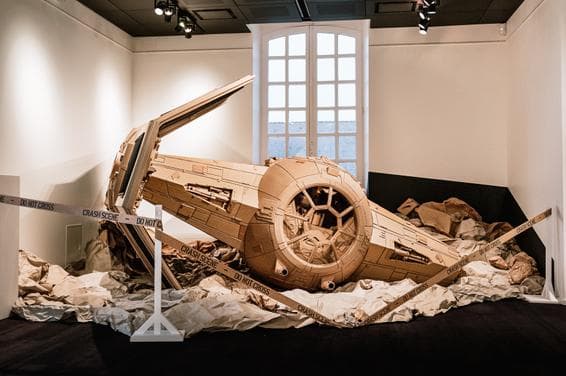 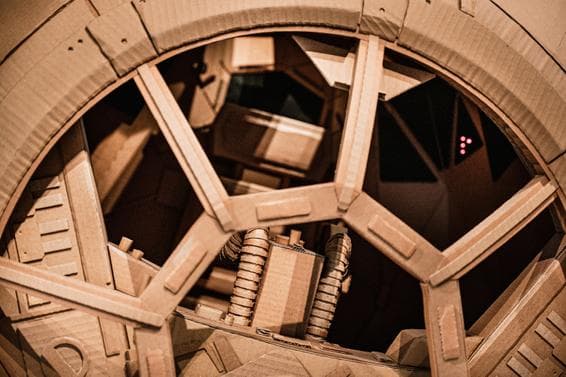 BODOC dived into rich exchanges and discussions with the coming travelers. This was even the occasion to meet with the electrical team of the famous podcast Hyperdrive! And to answer some of their questions (in french):

After three intense weeks and its 2780 attending intergalactic visitors, the event closed its doors together with those of a great adventure. 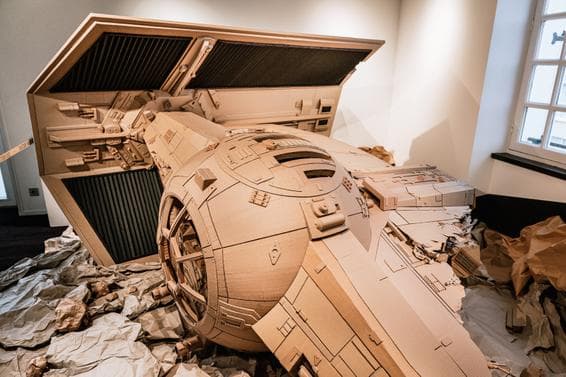 BODOC and his merry Bande made it! It has been a long way since the winding research followed by the first sketches, the trading for a second-hand cardboard source, as well as the first cutter hits. Now, stars are shining into the famous binocles, looking towards a future filled with surprises. Who knows what the next stop will be?