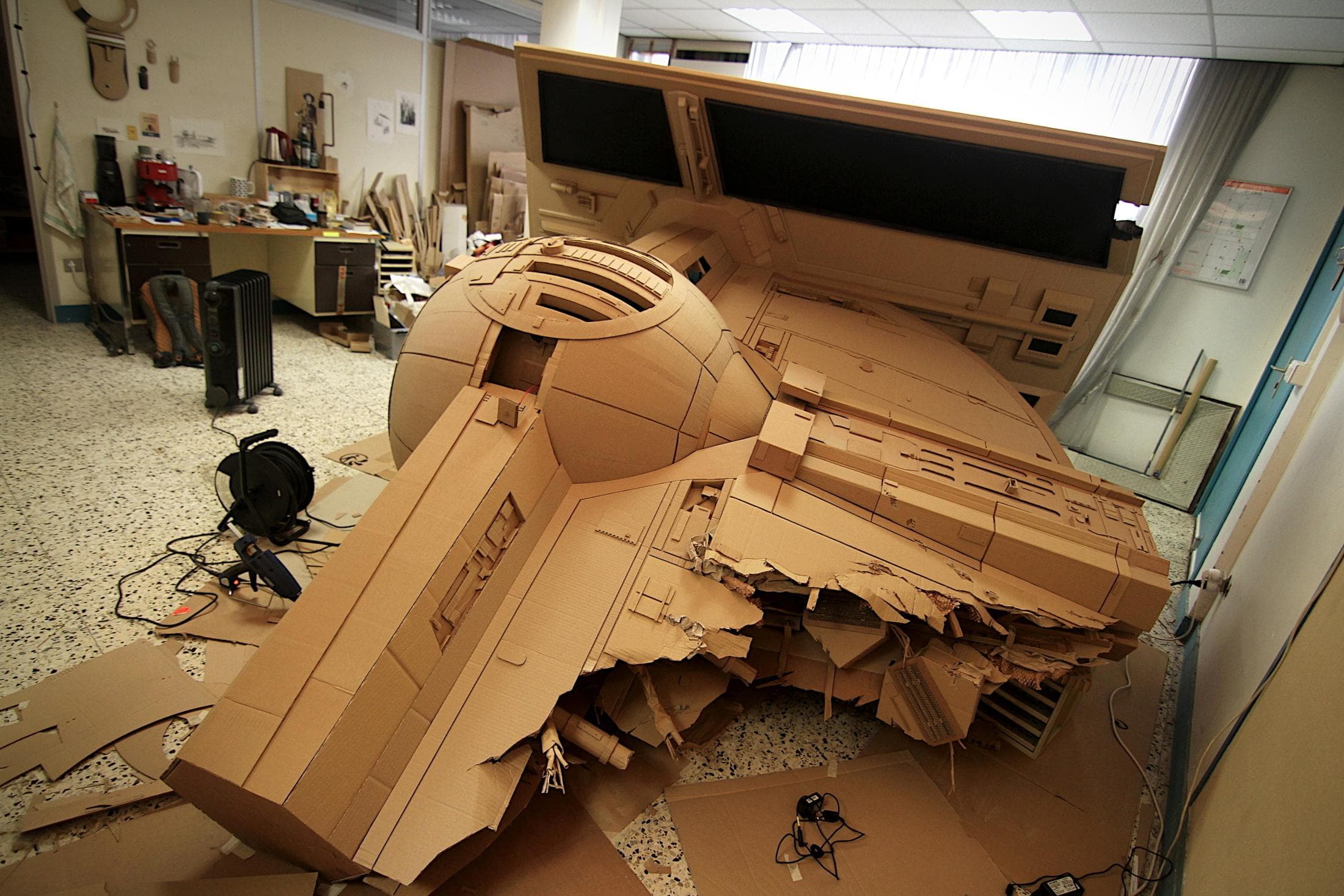 Early in the morning, a terrible event happened at the workshop. None of us could have expected such a catastrophe. At the moment I am unable to tell what the consequences are, nor can I mention any detail of it: an investigation is ongoing. Sent by the Empire, here comes Inspector Kisit, leather cap and boots waxed with an abyssal dark.

Lord Vader’s spaceship is lying on the ground as if it has been shot in the middle of its flight.

Testimonies are converging on what happened right after the accident: coolants have leaked out of their closed loops, creating a vaporous stain that spilled like a ghost of frost. 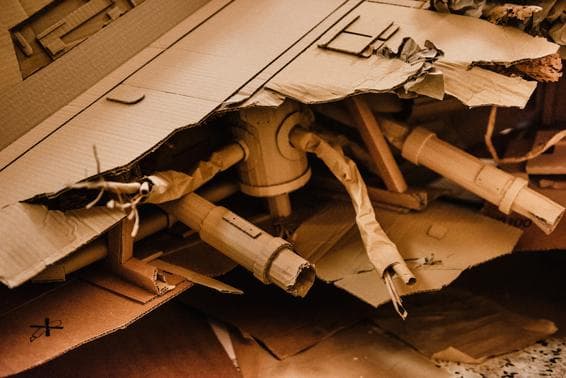 The complete disaster was not far away: a few moments after the ion fusion had begun, its sudden venting led to an explosion, however limited in intensity. Lucky day or subtle calculation from a genius mind, the hyperdrive remained untouched.

The wing exploded into pieces at the moment of the shock. Ion reactors were still supplied until the heat made the internal corrugated ducts melt. Until they were forced to completely cease functioning, the spaceship has been dragged over several meters.

The origin of the incident lies into the greatest darkness and confusion. At the time the spaceport opened, a supertanker was waiting to deliver its containerboard load. 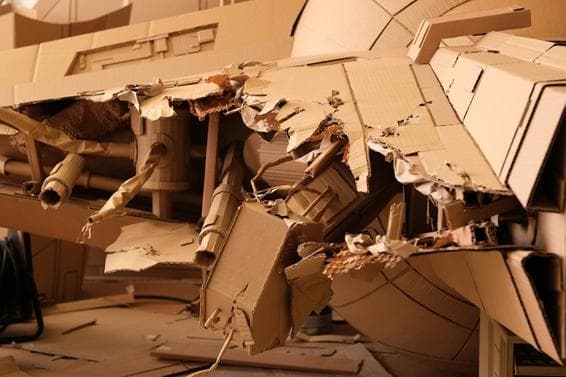 “Jawas, I don’t trust’em: they have these little shifty eyes and I know their patched up droïds are made from pieces they’ve been stealing all along their way. What was their ship doing in front of our door at such an hour?”

Yet after being inspected by the competent authorities, the holo-navigator showed nothing abnormal: the tanker left from Corellia and did a first delivery at Kuat. Recorded on an imperial blockchain system, the chronodating and the ID-tracker displayed no suspect activity. 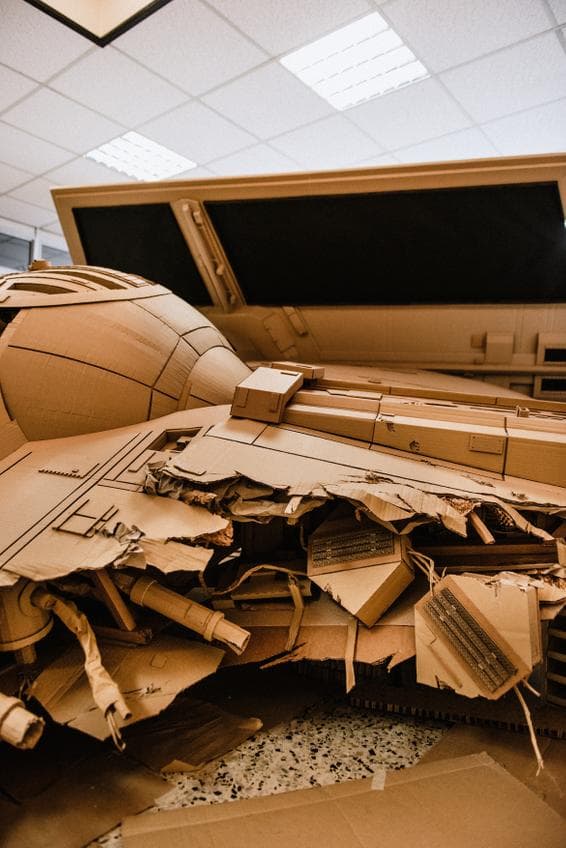 Some testimonies assert that this is the result of a sabotage organized by the Rebels. Others point out the obsession of one member of the Bande, called Coffeetrooper, who at several occasions is said to have taken selfies inside the cockpit while not allowed, pushed by the drink that made him famous. 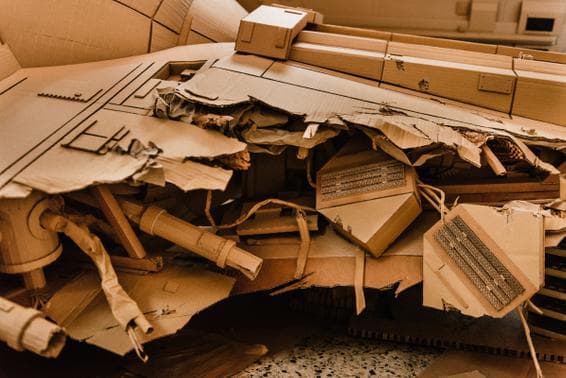 In the remains of the TIE Fighter and the euphoria of its construction, the mystery is complete. In my opinion, the most disturbing is probably the behaviour and the moves from BODOC. Images retrieved show him peacefully sitting, at work on the finishing details for the cardboard spaceship.

Then images get blurred, minds too: where was he when the ship rose and mysteriously crashed? Witnesses tend to confirm the true surprise that he showed the moment he was informed of the accident. However, isn’t there something strange in this absence? If the heart of his soul is genuinely lying into the dark side of the Force, couldn’t he feel that such a catastrophe was about to happen? 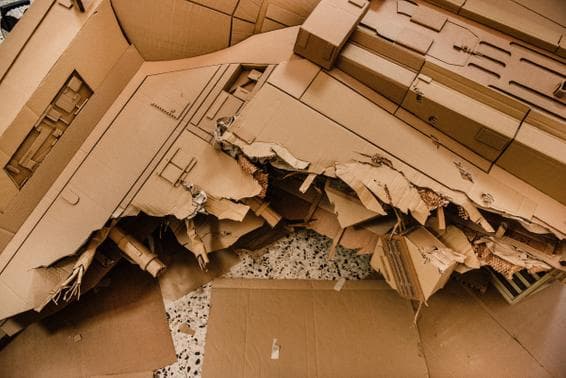 For the moment, we have to stick to this last fact: once the ship stabilised, a dark shape escaped in a blink of an eye and disappeared in a corner of the workshop. Darth Vader will never forgive this.