From the far, far away corners of the workshop, La Bande à Bodoc has come out of the dark and one of them has constituted the following chronicle!

Days have been passing while I was at work on a set of tasks always getting more thorough, among the riveting of the cockpit panels, electric wiring and the never-ending manufacture of details. I’ve lost all sense of space and time.

I am not sure Jean Bodoc feels the same: he travels around scales changes, schemes drawn at high velocity without ever reaching the paper and the continuous evaluation of the remaining time. We can sometimes see him lifting his head, a flash of light crossing his glasses:

Say that’s the only limit he seems to have!

He was most likely in a far, far away galaxy of his mind when a BOOM! was to be heard: a load of glue has just fallen while drawing a container full of cardboard scraps, making Bodoc disappear for a moment. I briefly stop and look around, until I am struck by this scenery: the hangar-workshop is anything but a vast paper brown landscape that almost fills any space. Several minutes were needed to recover Bodoc and, once sitting on a pile of scraps to retrieve consciousness, I could guess at his two eyed windows that he has caught a glimpse of this harsh reality: the visit is closer than ever! 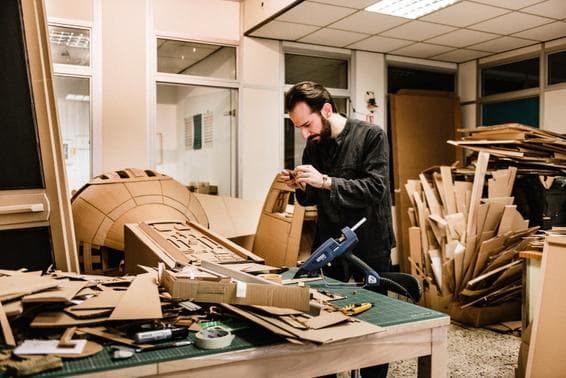 A cutter is stopping, then another - the worksite is then all about silence. Bodoc stands up and goes straight at the top of a scaffolding set, soundless as if any atom is compelled to cut its breath. He raises a finger - then an obscure hole takes the place of his mouth and… how to put it… a interwoven whirlwind of words, shoutings, even exclamation marks flows from it. I am unable to gather back his message yet out of miracle it was all clear.

Immediately the swarming of the stormtroopers went on, bustling about in a frantic way in an attempt to sort what could be, footsteps buzzing. I am completely helpless. However, seeing them rushing towards any piece of cardboard in their way, I am instantly moved and I fly from one part of the hangar to the other to define what HAS to stay in its place and what can be removed.

In the middle of this cartoon storm, Bodoc is now at work with what has been postponed for too long: the assembly of the spaceship. He starts the shaping and the final integration of the parts let separated up to now, performing back and forth adjustments to mount the arms together with the cockpit as well as with the finished wing. Surveillance video tapes have been retrieved to catch this fragment of the scene (note: real time shooting):

The timing seems perfectly fitting: these swirls of movements are suddenly synchronizing, all living forms stop in a common relieving breath. Breath that prolongs to be sucked into a weird spatial anomaly. Just as my thoughts that, now blurred, are piled up next to the entrance sas. I rub my eyes but nothing can help it - by the binocles of the Bodoc! The long awaited time has arrived, slowly, each second passing followed by a metallic rattle.

Unfortunately, the continuation of the visit couldn’t be recorded. Not that any notion of confidentiality is involved - we all know how much secrets are meant to be shared! Thing is words wouldn’t take form and at the sole attempt to put any on the paper, it flies away. The conviction induced by some particular minds has sometimes more strength than the super-glue - especially when the air around gets scarce at the single thought of doing so.

Whatever! We managed to get the rights of the shooting performed, each photo selected and commented by the Dark Lord himself! 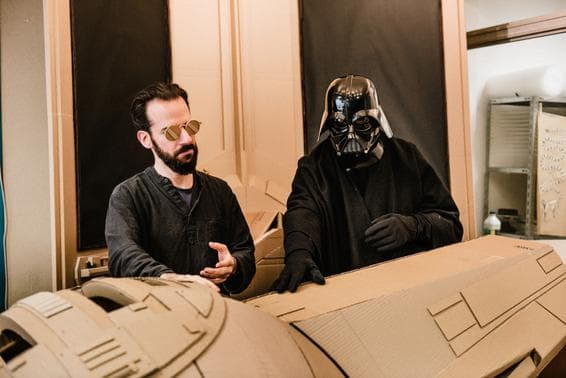 “I can see that, I sense tremendous fear in this side of the cardboard” 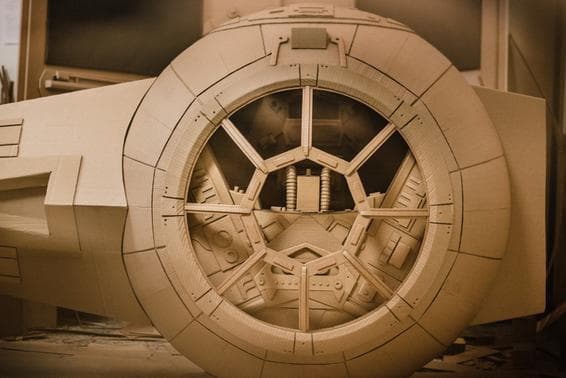 “Like shadows in the eyes, dark beauty may you rise” 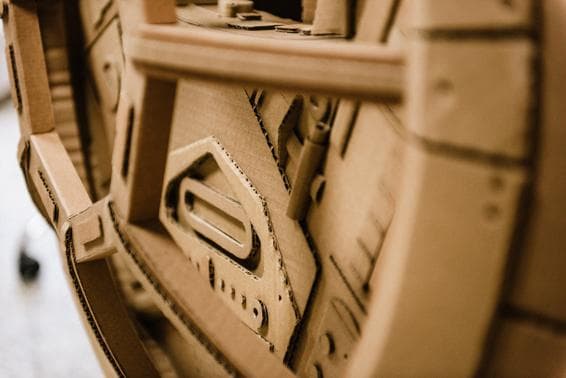 “So far you did good - but do not miss a detail! I will personality check them all in the end” 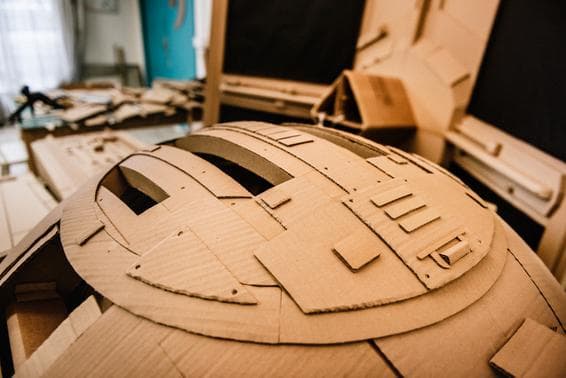 “This top hatch brings back deep memories. Only the dark side of the Force prevents me from crying” 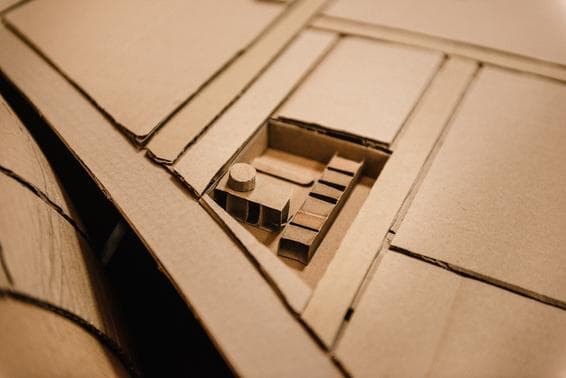 “If I put it left, will this activate the wookie-toaster?” 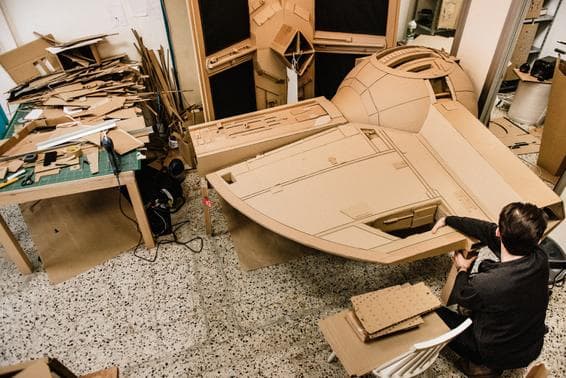 “You are following the right path of the Wrong. You can set everything back into place. Bodoc, may I ask for another cup of coffee? No milk, no sugar, obviously.”